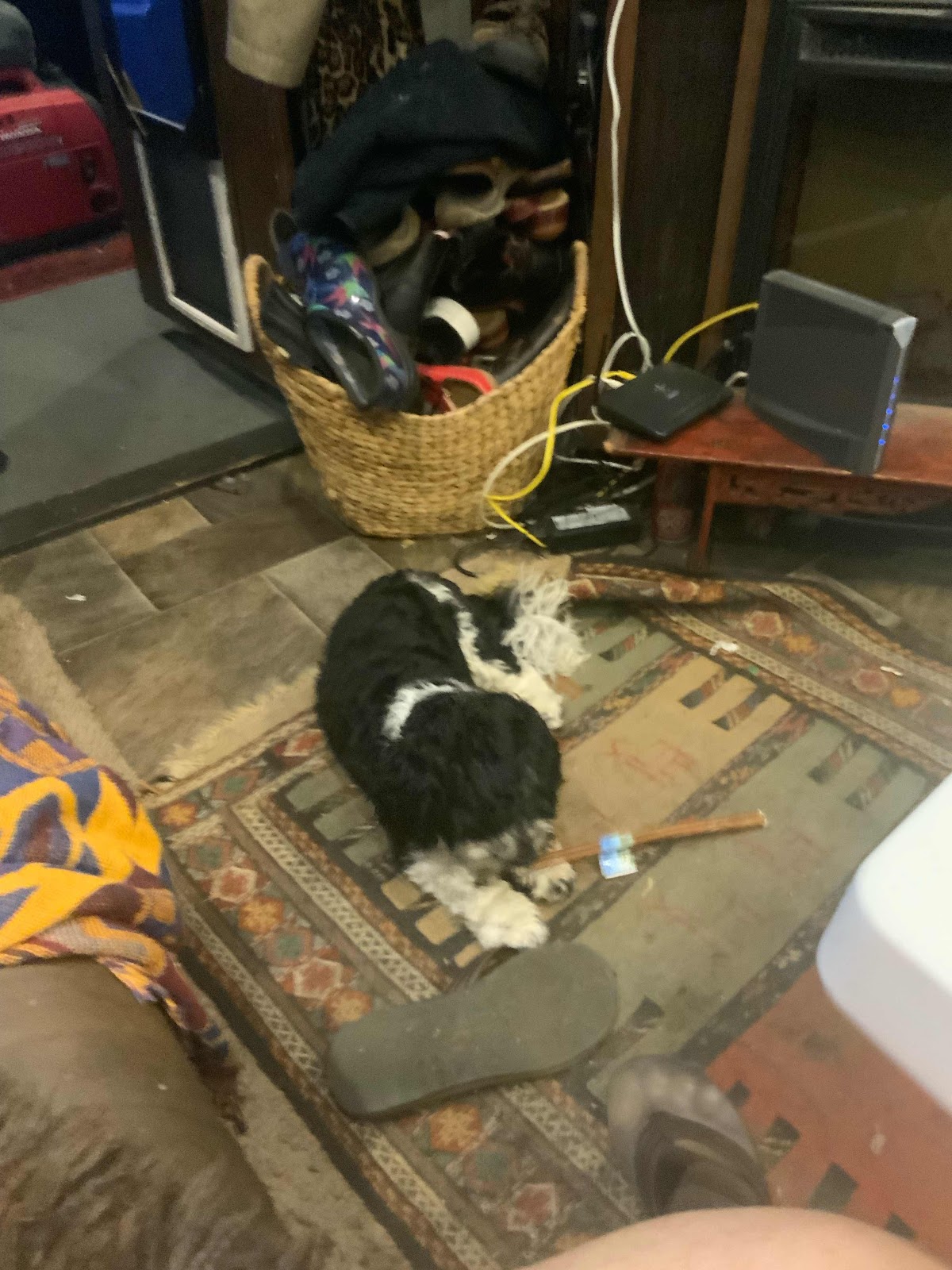 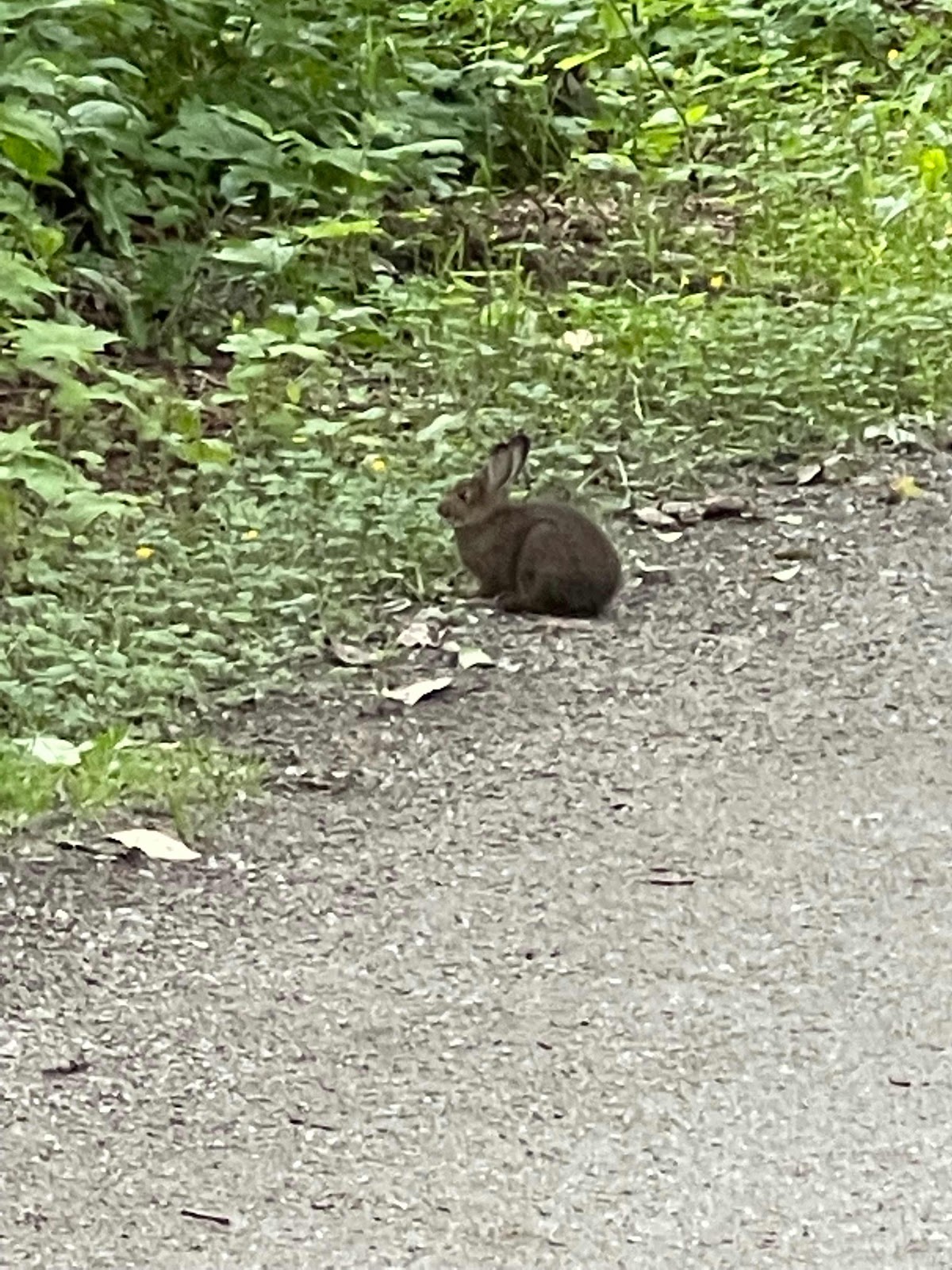 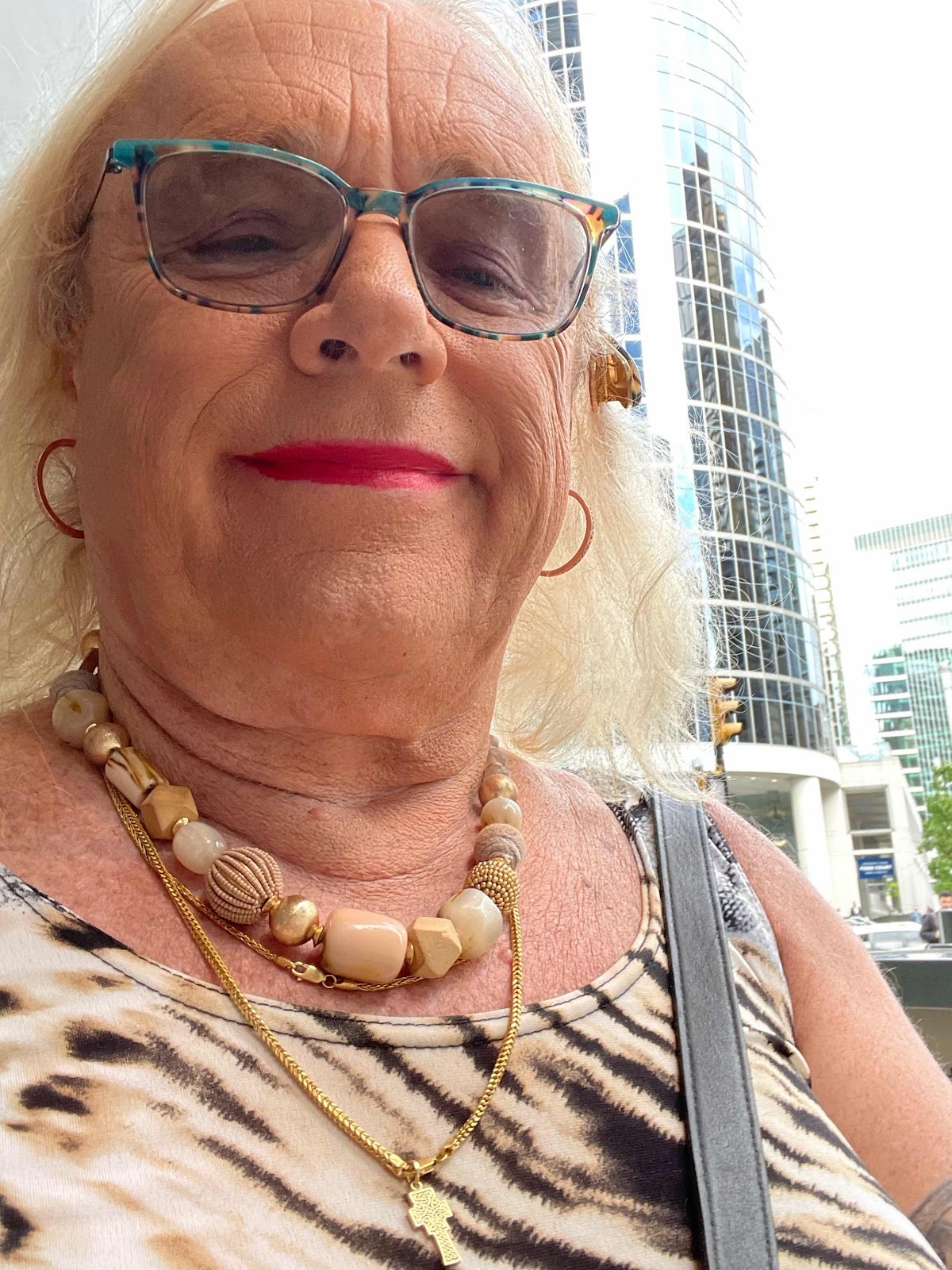 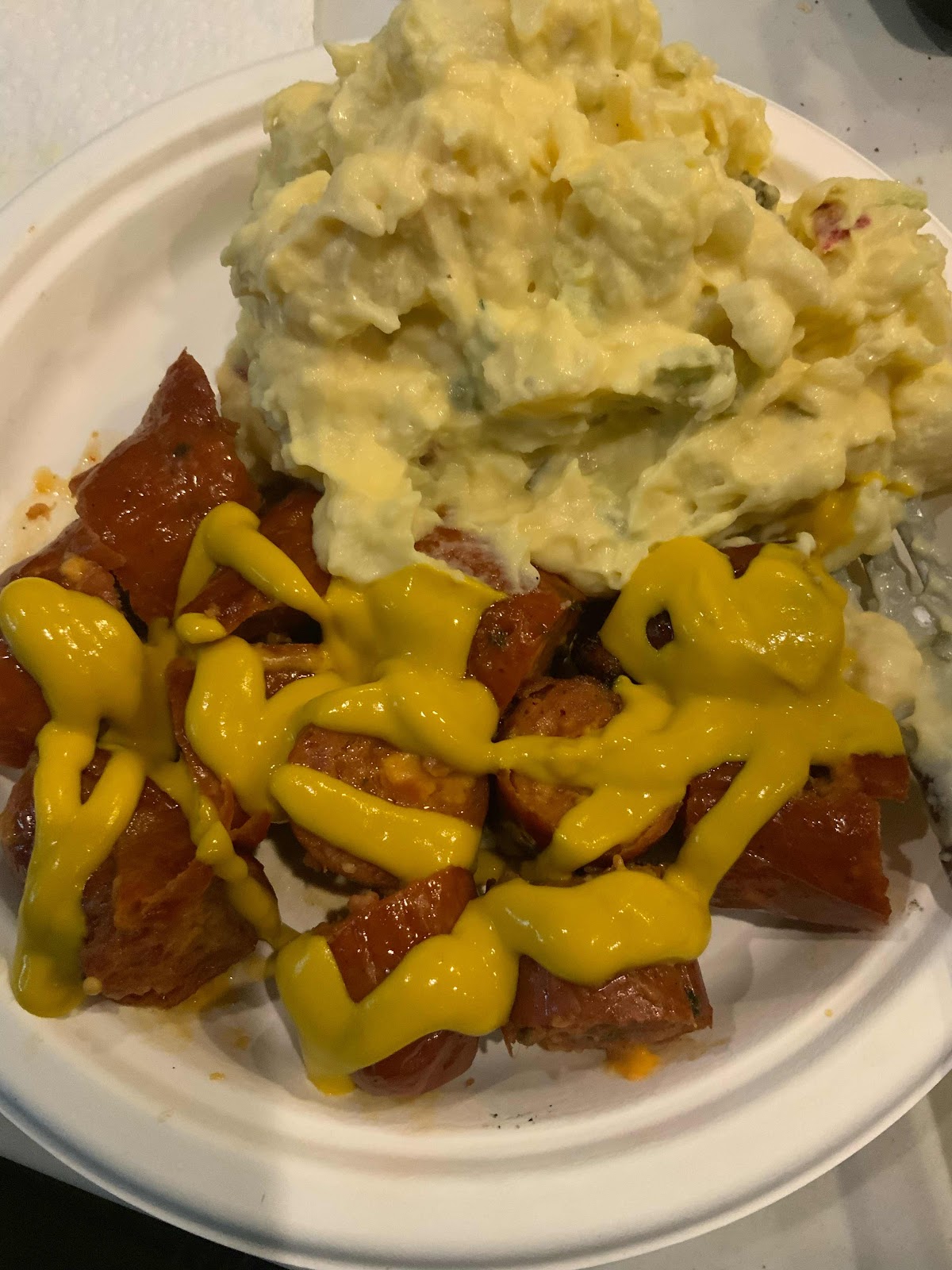 Posted by haykind at 8:05 AM No comments:

One moment you are there standing strong against the collective insaniety.
Then the next  the legions of despair are on you, pushing you back,  sweeping over you.
With just a little surprise, bafflement, really, before the horror envelopes you
You consider how your perfect shield just crumples with the onslaught
As you feel the spears of fear and swords of hate cut deep
You go under, the marching  boots of callous shame and self pity
Mental illness is infectious.
The armour given so many decades ago grew thin and weak countless  blows of illogic
Even denial, the go to place failed you
The government is mad.  The mob is upon you. The officers all stood far back from the war.
Shooting their own from behind while in the distance generals toasted their victory in another loss.
The fear is coming now in endless lines money fueled greed.
It never mattered what you believed. All lies in the ‘horror, the horror!’
Now looking up,  the boot heels, all past, your position over run, praying for relief in darkness,
You surrender, Vanity, all is vanity. Meaningless and absurd.
The pain is overwhelming, excruciating, relentless.
You went down one too many rabbit holes,  you lost your way
It really is a maize. The signposts left by Freud and Jung long fallen
You can’t bring any more back  from the underworld. The Gods have ruled. Doors are closed.
You like  Sisyphus doomed.
Mental Illness is infectious.
The King is dead. The Canabalism is returned. Strips of dreams and promises are torn from your flesh..
All your faith in you and me and thee is lost in gnashing teeth till there is simply no one.
Alone in darkness, afraid, angry,  helpless. Waiting for the light. They promised there would be light.
And gold watches and awards, medals and ribbons, titles and burial mounds.
The weight of humanity,  and anxiety bore you down.
The cruelty of the world, the lies and deceit, the money and greed,
It all overwhelmed you.
I feel a heart still feintly beating. I feel blood is leaking on the once again fertile earth
I can’t get up. A shaft of wood pins me  like an insect in a child’s collection
No one cares. As far as the eye can see there are writhing dying, the still in grotesque tableau
We once loved. We once loved and laughed.
Now we cry till tears run dry and moans silence.
There is a time for every purpose
Mental illness is infectious.
In the end all I can say is,  sorry.
Posted by haykind at 5:33 AM No comments:

Email ThisBlogThis!Share to TwitterShare to FacebookShare to Pinterest
Labels: poem

Today was such a perfect day. I slept in despite Madigan walking over my face a couple of times at our normal time of wakening.. I pushed him away and slept in. Normally, up at 630 but today 9 am. Unbelievable. I was tired.  It may throw my sleep off but I was finally rested. I’ve had disturbed sleep for nights.  This was that glorious wakening,  feeling rested and ready to go.
I walked Madigan all the way to the Burnaby Lake pier.  Beautiful morning with geese and goslings, lovely spring flowers in bloom, squirrels, ducks and birds. The sun came and went with the clouds. It was warm. The air was sweet. . Madigan was a little happy boy delighted with this long walk, delighted meeting the corky, delighted with the birds , squirrels, scents and nature. It was good to be with such an exuberant walking companion.
I came home to breakfast and coffee. I avoided FB. No need to let my mind be high jacked. It was just such a good day. The sun came out steady. I had my shirt off, enjoying the heat, sweating,  enjoying putting the New Zealand wheels on my Boatify dinghy. It’s my 8th or 9th inflatable.  I remember doing this more than 20 years ago for one of the dinghy’s, probably the one I had on the sail down to Mexico. Now I can pull this one rolling to the water where I can flip the wheels up after I launch.
It took me 2 and a half hours. I had to find the drills and ratchets and goops. Everything was in separate places. All the while Madigan kept getting tangled.  Then, naturally I put things back to right and upside down having to back track. I have such a problem with left and right, when building. I did measure everything. I even used a template. I was lucky to find the plastic bits I dropped.  I used th  Seal All I had though would have preferred secoflex sealant I’d used  on SV GIRI.
It was good to be messing with boats. For decades I spent endless weekends and countless days  working on Diesel engines, doing installations, cleaning bottoms. I’ve work to do on the GIRI yet. Some epoxy needing doing last I was there.  Just a couple of places. I was always sanding and expoxying. The joys of a steel ship.  Now I’ve a dinghy here and will use the 2.5 motor or the electric when we spend 5 days on the river by Ashcroft in a few weeks. I plan to fish.  Introducing Madigan to a dinghy and fishing. It’s all a work in progress.
Tonight I laughed watching again the ‘spy who dumped me’.  I had baked potato and sour cream with the left over chicken from yesterdays hot chicken feast.  Madigan loves chicken.
Now the evening walk with Madigan I was reminded of the evenings of youth. Playing with kids. Not wanting to go home.  I actually felt for the first time in forever, not wanting the day to end. It was so beautiful, the scents so fine and me sad and happy at the same time. I walked with my friends and their dogs. The ‘black and white brigade’. I talked with neighbours. I really like my neighbours.  Guys standing about and somtimes the ladies, just chatting. Dave was charged by a momma bear at his cottage yesterday. What a tale! He’d been taking pictures of the Cubs. Naturally bowel retention came to mind as he ran paces back to his truck. Brought back all my memories of similar bear encounters.  So blessed to be alive.
Lovely seeing the god kids yesterday.  Anna’s new baby is  hardly a handful .  They are bear hunting last day of the season.  I felt a bit guilty for not going bear hunting.  I could have but Thursday and Friday I was exhausted. Soul sick.  It took me a day to recover. Vivian’s death really. Other patients failing. A suicidal man and a suicidal women. All I could do to comfort them and encourage them. I’m burnt out with Covid and lockdowns.
I am so disappointed in the news.  The lies and corruption.  The political lockdowns and totalitarianism.  Censorship and loss of freedom.  I just don’t think there’s enough drugs to handle the despair and fear. It’s June too. My anniversary month when the past assails me, the incomprehensible demoralization with all the betrayal and deceit, the drug addicts, alcoholics, and perverts turning on me when I walked away. Everything was fine when I was in that camp but it’s Hotel California when you want to leave.  Now I’m here.  It hasn’t helped reading the story of Anne Dell’in, Tone and Robert Emmet, the brutal bloody put down of the United Irish uprising in 1798 and the hangings of all the good men in 1801. Belfast and Dublin and the abuses of power. So sad. 30,000 killed on Vinegar Hill.
Here felt good today.  I miss the prairie summers.  I don’t miss the winters but I miss the friends and people.  I do miss the endless open sky and the hot dry sun.
I liked not wanting the day to end. I liked connecting with all the other times when my days were so good I didn’t want them to end.
Thank you Jesus. Thank you God. Thank you Mother Mary. Thank you Saints of All Religions. Thank you God of Gods. Thank you Creator. Thank you wee small voice and Lord of all Creation. Thank you for the matter and anti matter experiment this week. Thank you for UFO’s . Thank you for the  planet. Thank you for home. Thank you for love and belonging. Thank you for friends and kind folk. Thank you for Madigan. 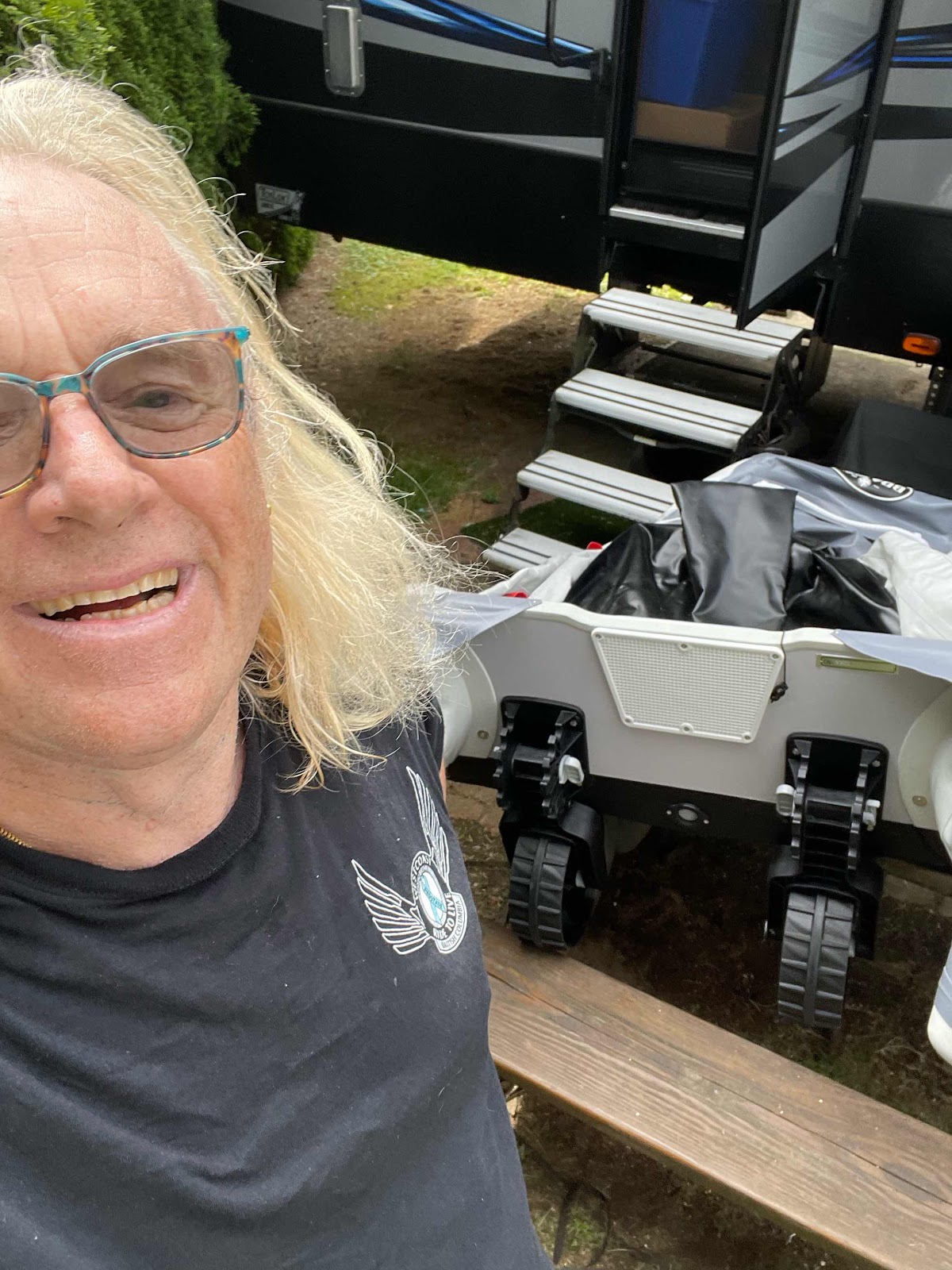 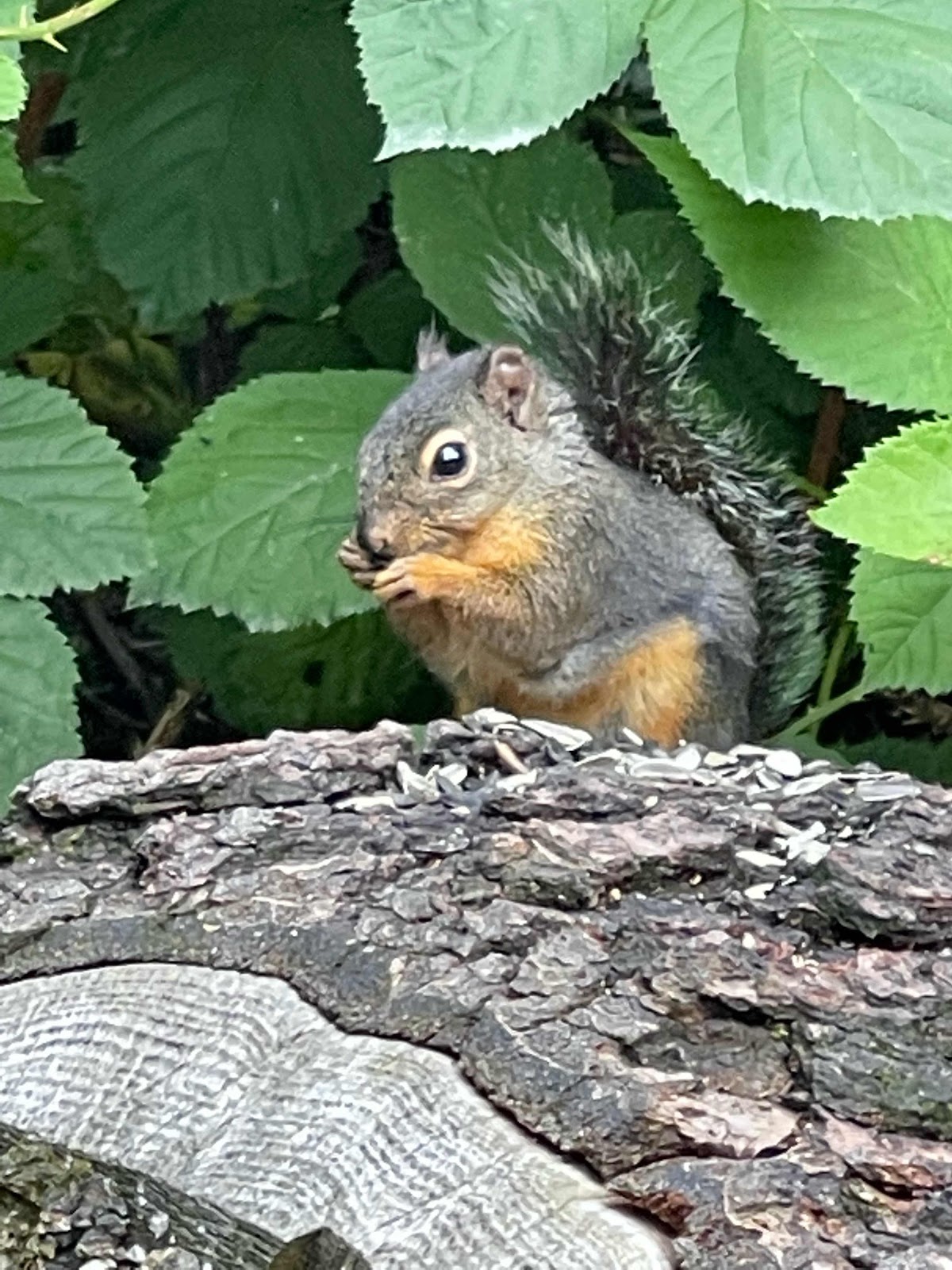 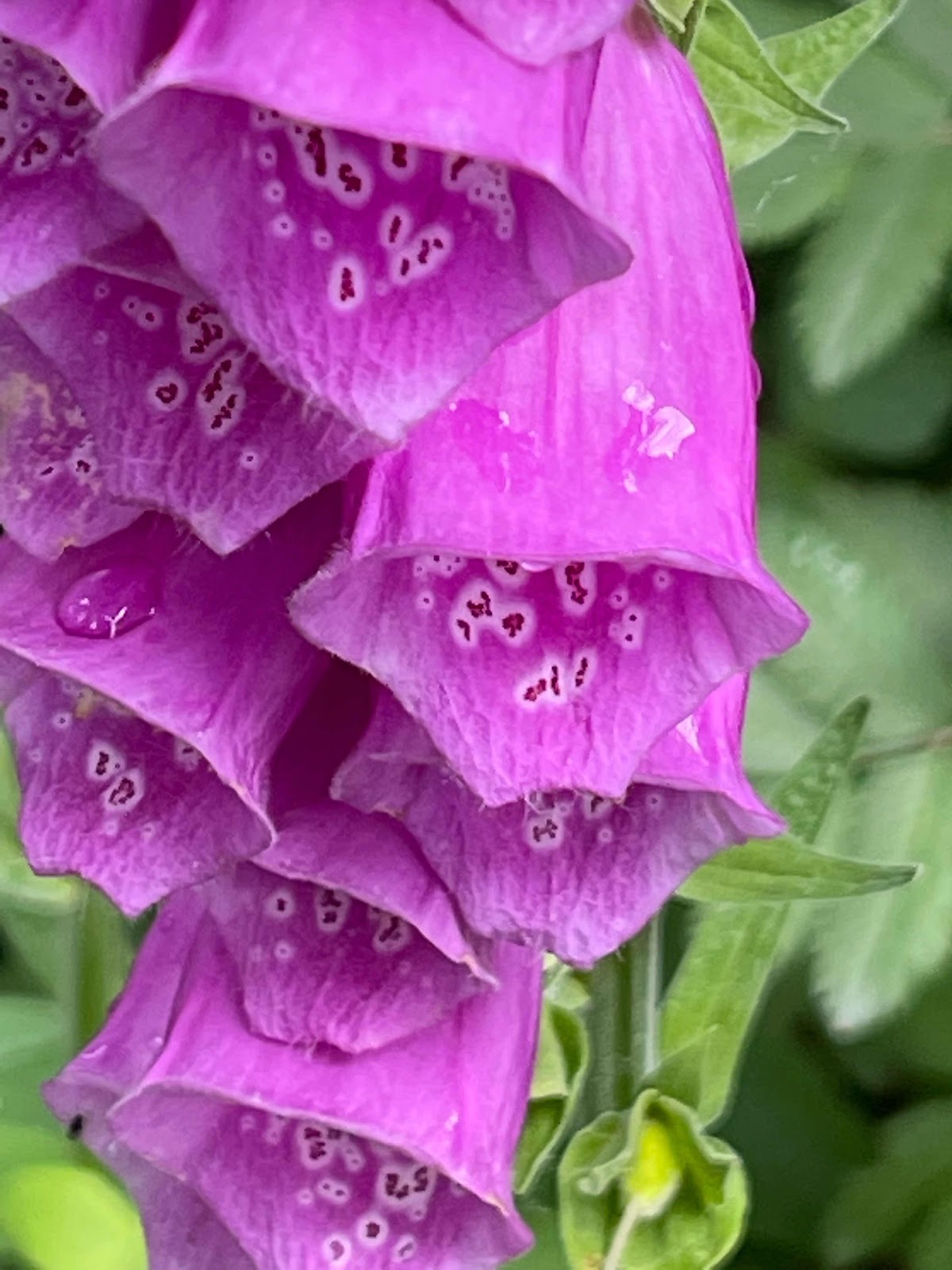 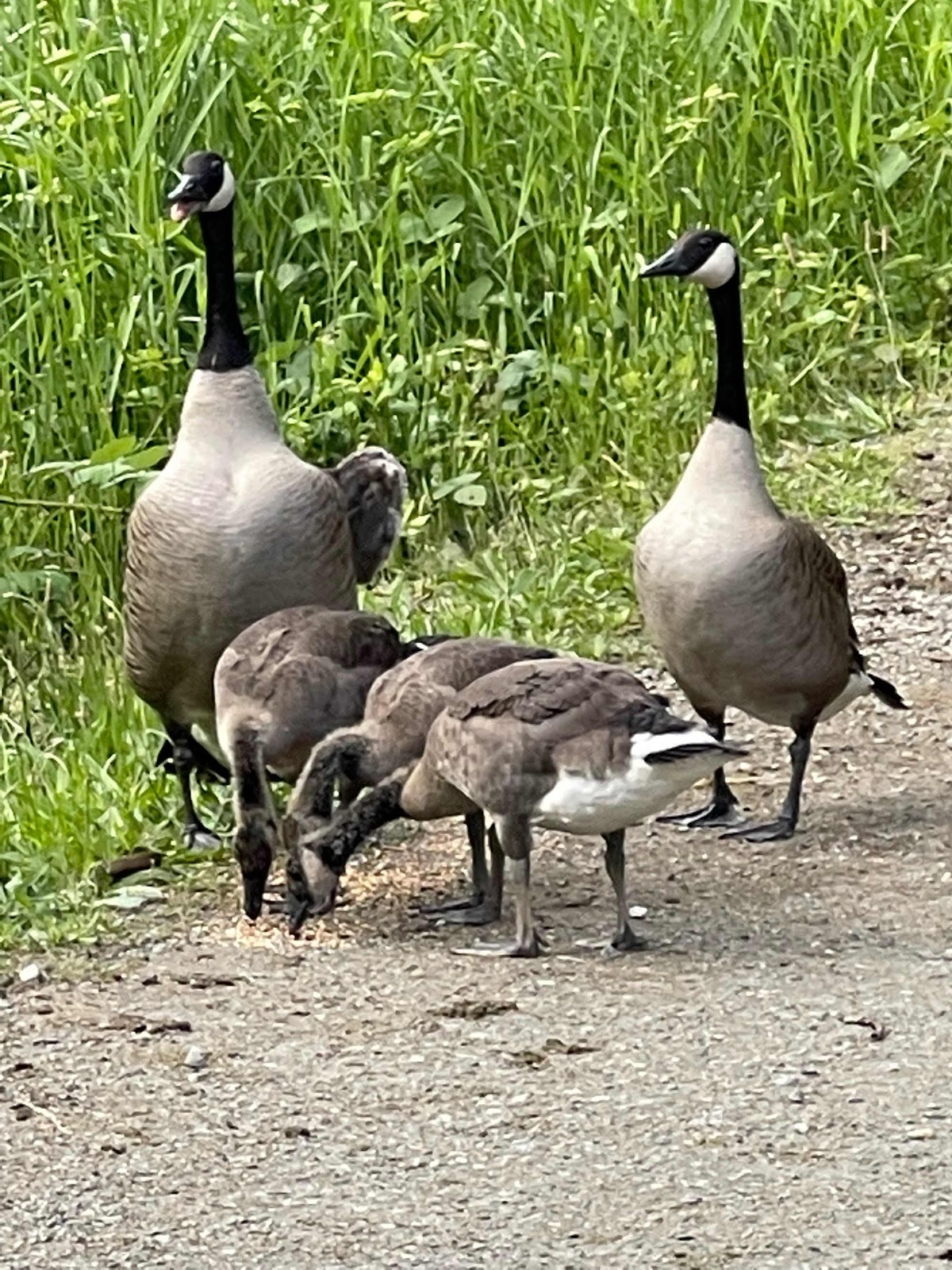 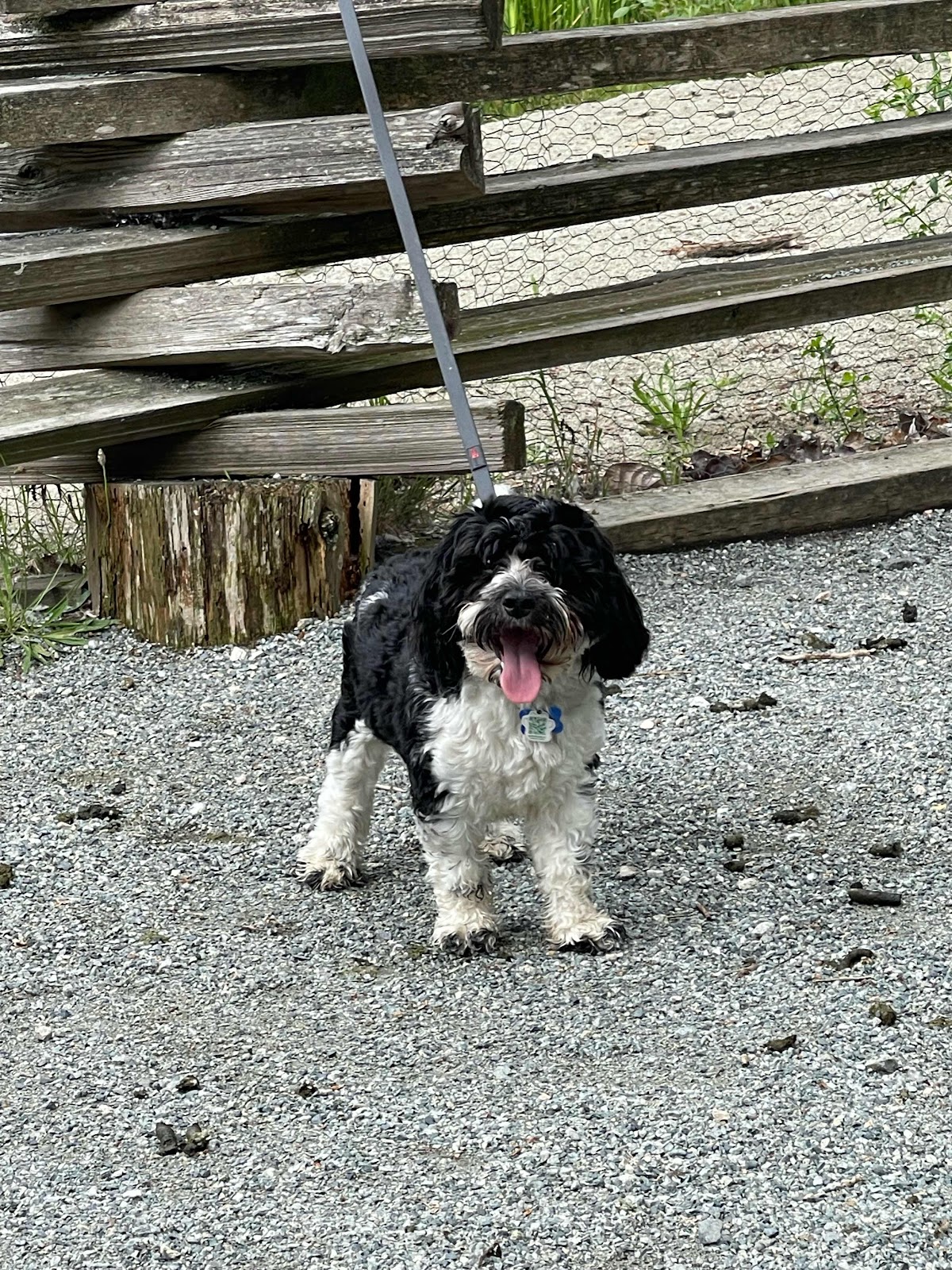 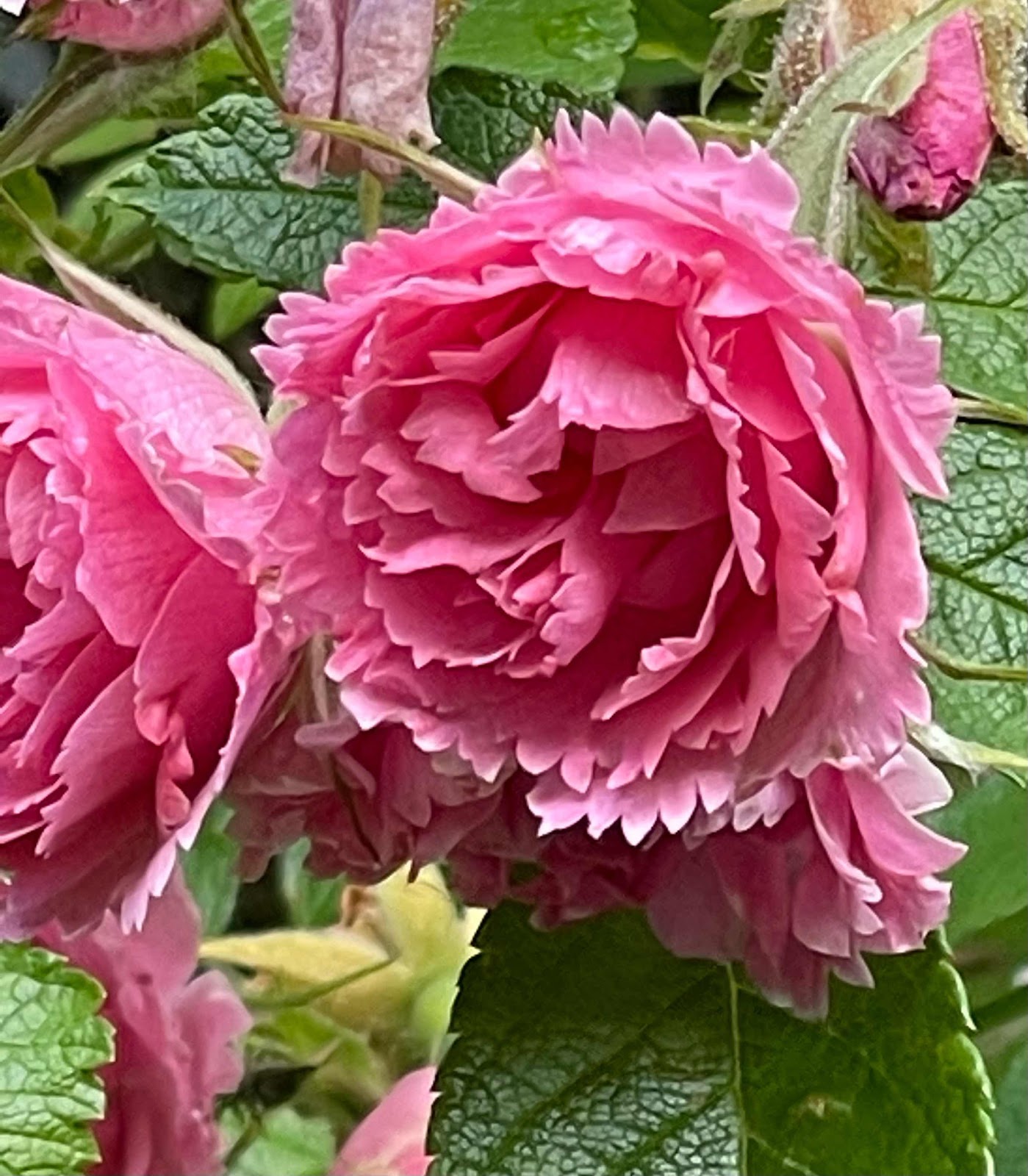 Friday, What am I going to do.

I used to hand out a series of circles labelled as follows:
1. Weather
2. Government
3. Community
4. Work
4. Recreation
6.  Friends
7.  Extended family
8.  Spouse
9.  Children
10.  Self
I taught people that healthy people asking themselves how they feel began at the outside and moved in, whereas unhealthy people began at the inside of the circle and moved out.
eg.  I’m a terrible person and my children are terrible and my spouse is terrible.
Meanwhile I tend to think it’s a rainy day so I’ll probably feel badly. My government sucks.  There’s too much construction in my neighbourhood and not enough parks.
The solution for the first person is to kill themselves.  The solution for the next person is to know they’ll probably feel better when the weather changes. Sailing made me really appreciate weather and how it comes and goes. I learned to adjust my sails to the weather.
We have a tendency to go back to thinking that if I feel bad today and I once felt bad because my spouse was sleeping with the government administrator I’m probably feeling badly today because she’s probably sleeping around.
Cognitive behavioural therapy teaches that my feelings are mostly a problem of my thinking.  So if I expand my search I might find I’m feeling badly because my boss promoted my coworker and that my wife is older and the government administrator is probably sleeping with the next guys wife.
Posted by haykind at 7:51 AM No comments: